So far, in the 2016 MLS Football playoffs, home advantage have played a big role in helping out the lower seeded teams. 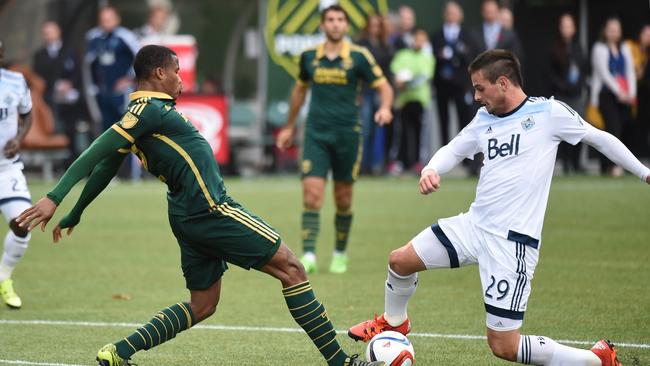 This has helped teams like Montreal, Toronto and Seattle get to the semifinal stage.

In the Eastern Conference semifinal series, Montreal came off with a 3-2 lead against Toronto FC in the game played at the Olympic Stadium in front of a big crowd of about 61,004.
Montreal Impact was leading after ten minutes in the game courtesy of Dominic Oduro’s goal. Another goal scored for the team by Matteo Mancosu barely two minutes later doubled the home team’s lead. The third goal for the team came in the 53rd minute as Ambroise Oyongo scored to make it 3-0.

Toronto however did not stand back and watch as they staged a comeback which saw Jozy Altidore score the first goal for the team in the 63rd minute of the game. Ten minutes later, Michael Bradley put past a second goal thus handing Toronto FC a little respite.

Toronto’s Coach, Greg Vianney had said after the match,

“There were not a lot of things going well for us during a lot of the game and we managed to find a few margins to tilt into our favor and get a couple of goals. Two away goals are big.”

Seattle Sounders came back to take a 2-1 lead over rivals, Colorado Rapids in the opening leg of the game. This was after a goal by Kevin Doyle had given the visitors the lead in the 13th minute. An equalizer for Seattle came in the 19th minute through Jordan Morris, and in the 61st minute, a penalty taken by Nicolas Lodeiro was enough to ensure that the home team took the lead.